MSD is among the first few Public Institution in health sector to attain ISO Certification, with TMDA and recently NHIF have joined the list in 2018. With ISO Certification, MSD has utilized the key Quality Management System principles such as Customer focus, Leadership and stakeholders’ involvement in providing high standard services to Health care facilities.

It has further, led MSD live its vision, of becoming the Centre of Excellence in Africa as various institutions within Africa and around the world have been visiting MSD to familiarize themselves with MSD Quality Management System and how it has been able to maintain its ISO Certification for such long duration. 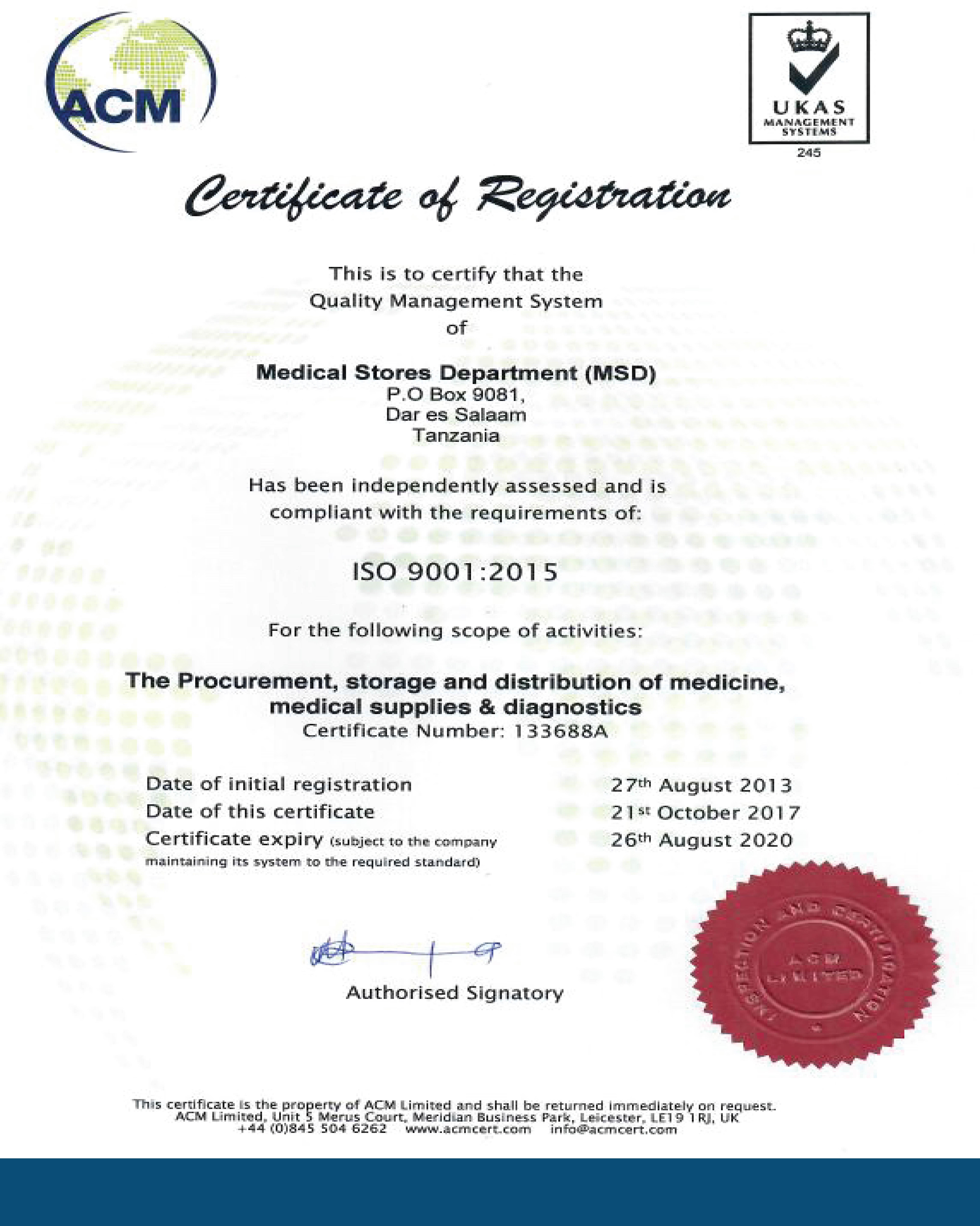